What appears to be a powered 2-seater trolley has turned up recently at the Northampton & Lamport Railway, does anyone know what its identity might be? I couldn't find any form of identity, or a plaque of any kind. 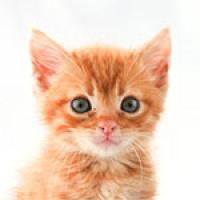 Not sure Dan- don't suppose you got a photo to help?

Yes, but only in the foreground of another rail vehicle.

Dan, could you email me the photo please and I'll see if I can help. Cheers!

Further to this, the machine in the photo mentioned by Dan looks like a Bance Alumi Cart Mk2 2 seater.

It looks very similar to the one at the Nene Valley Railway, but with more yellow on the handlebars/controlbar.

The NVR one hasn't been seen since 2009, and they wanted rid of it IIRC. Has it gone to Northampton & Lamport, or is it a different one?...

edit: I've since been informed that the Bance is still at the NVR, in bits, so it is almost certainly not that one!

I now have the following information about the UID trolley, courtesy of someone I know at the railway:

'the trolley is a 2-seater electric model that was donated by a company, possibly Geismar. It was originally metre-gauge and was stored for a long time before going away to be converted to standard gauge. Once back at the NLR it sat around awaiting batteries. Once working it proved to be slow and underpowered and now is not used.'

The unit at the N&LR is out of use due to damage to the main power switch and non-operable brakes.

Is this Trolley still at the N&LR? Is it still OOU?

The N&LR have confirmed this Trolley is still OOU.

This Trolley has been purchased by The Rail Trolley Trust. It will be assessed with a view to restoration to full working order.

R Bance & Co. Ltd have confirmed that they believe this is a Mk1 Electric 2-Seat Alumicart circa 1990, with a few in-service modifications, unfortunately they do not have a manual or any other paperwork for one. So the Trust would be really interested to hear from anyone, who might have any helpful paperwork.