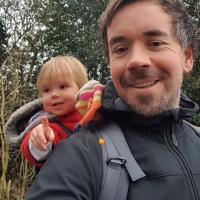 While adding some historical info I notice that Matisa 3B5 ballast cleaner DR 76003 (not to be confused with later Tracgopher of same number!) was damaged in an accident in Low Fell in 1975 with the remains going to Lowestoft for stripping of spares.

According to OTP book 3 it was apparently allocated IU number 041398. I didn't previously have this on the departmentals website but will add details shortly. I also notice 041399 was previously allocated for the Grampus wagon but cancelled in favour of 041707 at a later date. I'm wondering if part of the "shed" structure on top is perhaps part of the old ballast cleaner...?